Like traditional identity documents (IDs), wallets have always been our gateway to the crypto world. This article is about the Web3 cryptocurrency wallet and its differences from Web2 e-wallets like ApplePay or PayPal we used to know. In essence, the Web3 wallet also serves the purpose of storage and transactions like e-wallets in Web2. However, it improves the operating model, allowing users more freedom and security.

The whole e-payments market is expected to reach 4.8 billion by 2025. Payment/wallet businesses have enjoyed revenue growth, especially since more and more applications are continually integrating with online payment.

The number of investments poured into the Web3 wallet applications is approximately $3.3 billion. Recently, the leading web3 wallet company ConsenSys – Metamask raised $450M, bringing the company’s valuation to $7 billion. As more new ecosystems are launched, the number of wallet addresses increases significantly because no one wants to miss this “dreamland”. At the same time, the expansion of ecosystems leading to the primary development trend of Web3 wallet projects today is to deploy multi-chain wallets (Figure 1).

Note that this path only goes in one direction; there is no reverse (ie, no one can know the private key even if they know the wallet address).

Figure 2. How does a Bitcoin wallet work (Source: Blocktrade)

The model of e-wallets in Web2 involved three parties: User, Bank, and Service provider. Users need the participation of 3rd parties such as banks to store and confirm transactions and service providers to perform payments and connect between banks and senders/receivers.

A custody crypto wallet is a service provided by a centralized exchange like Binance and Coinbase. The service is to support you in keeping your wallet signature, meaning that they can keep and manage your private keys on your behalf. In other words, you won’t have full control of your funds nor the ability to sign transactions, which is similar to the e-wallet at Web2. 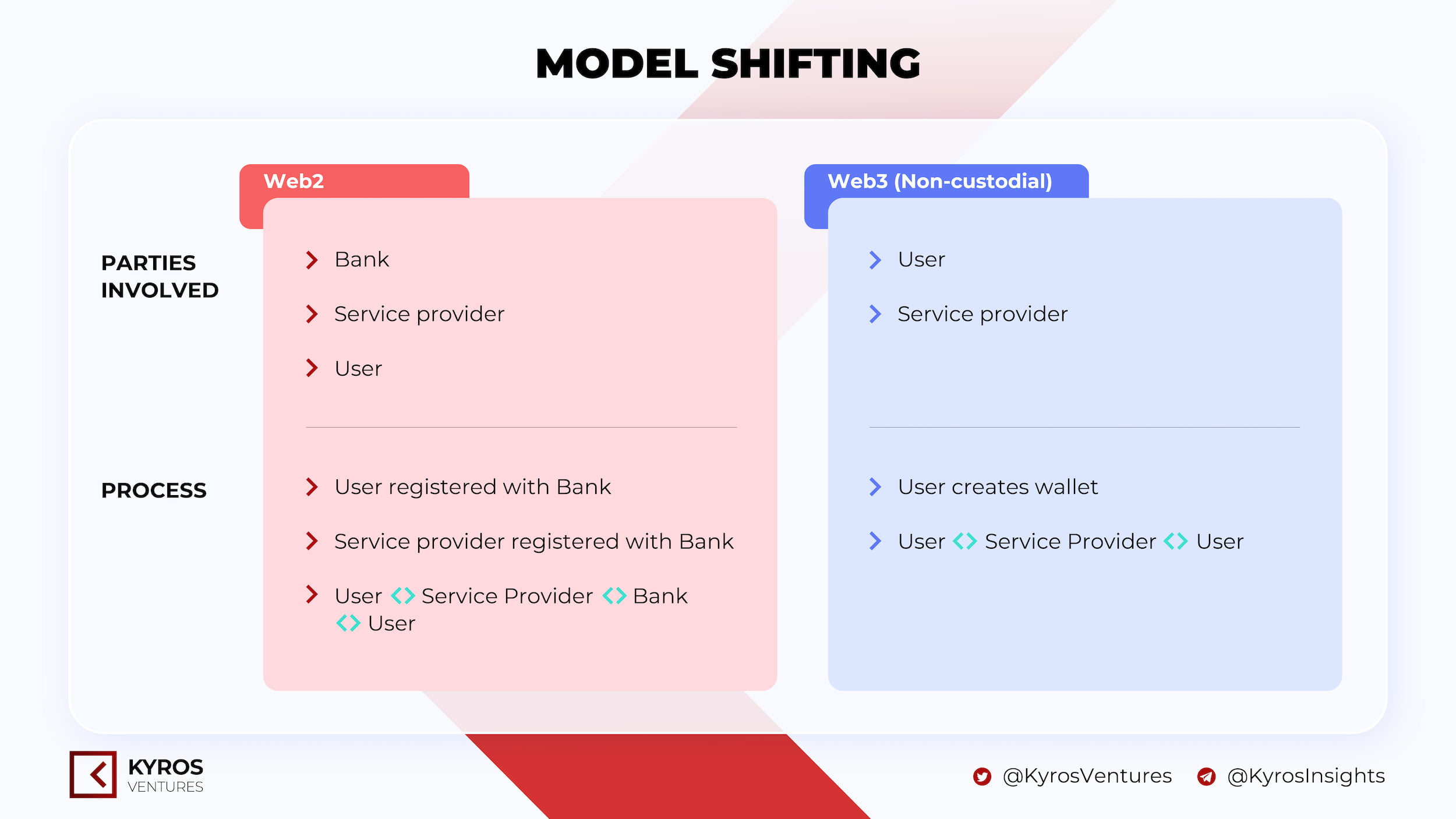 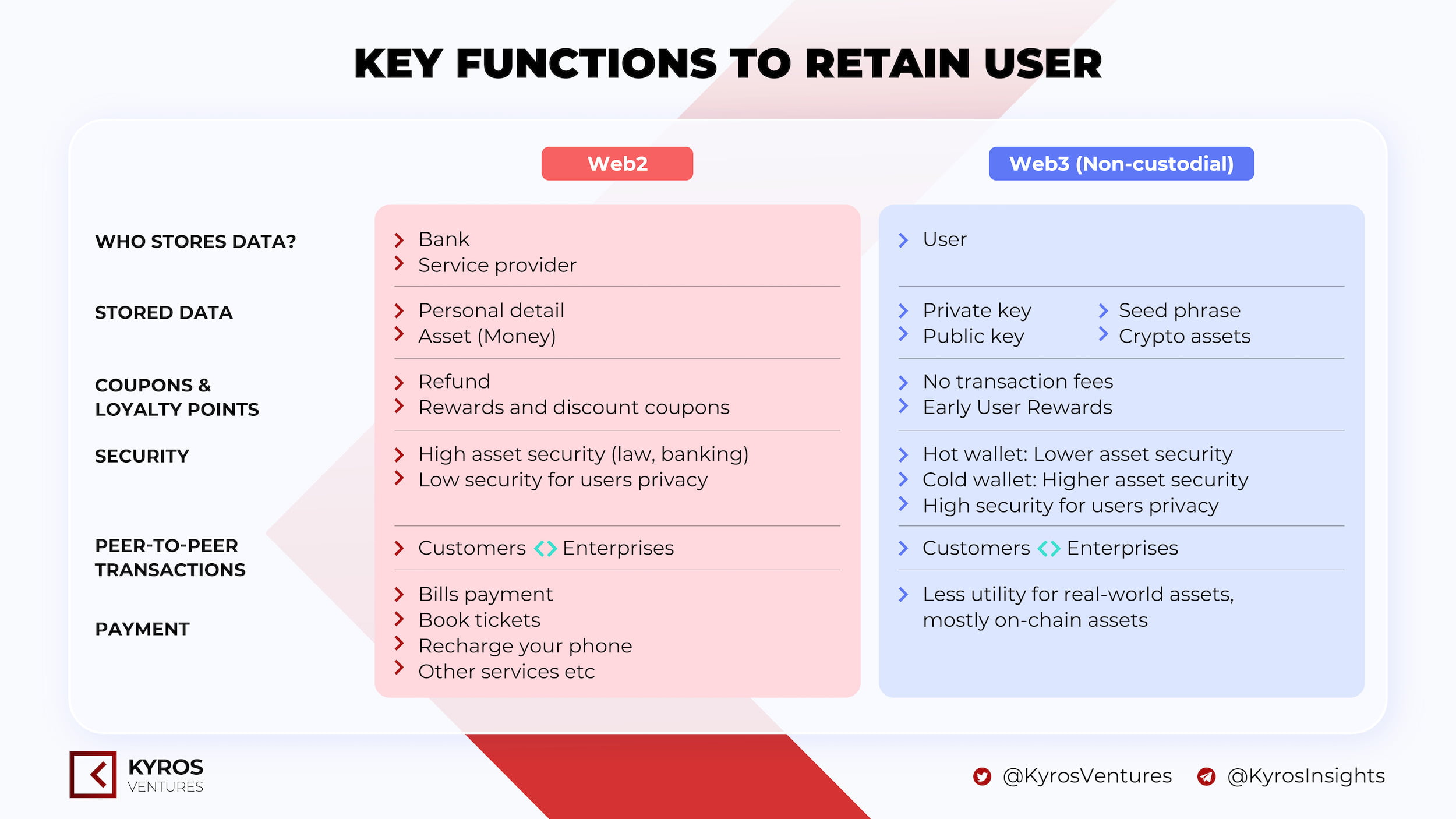 The Web3 custodial wallet model has similar characteristics to the Web2 e-wallet, so it is suitable for less experienced users who need 3rd party support. Custody wallets such as Binance Custody are compliant and provide standard coverage for Binance accounts. Therefore, providing more legal security for the user in exchange for the user’s personal data (KYC).

On the other hand, privacy protection is one of the most prominent features of Web3 non-custodial wallets (Figure 4). User personal data is safe and secure when it no longer needs to be provided to any 3rd party. Thus, it is possible to prevent the relevant leaking information actors.

In terms of security, hardware wallets have the highest safety, suitable for users for long-term investment and storage. Hardware wallets are not directly connected to the internet, thus ensuring a high level of security for large sums. Hot wallets are less secure and more vulnerable to attacks because they are stored and frequently interact over the internet. Recently, we saw a leak of users’ private keys from the Slope wallet platform, with a total loss of up to 6 million USD for users.

To solve the aforementioned security issues, Vitalik has come up with a solution called social recovery wallet. They combine the ease-of-use of single-signature wallet with the better security property of multi-signature wallet by adding a group of guardians: in case everything runs smoothly, users still use the social recovery wallet as the normal single-signature wallet, but in the case of being hacked, the wallet’s owner can send a request to the guardians group to change the current signing key of the hacked wallet to a new one of the owner (but they must wait 1-3 days to execute this). Nevertheless, the current infrastructure of Ethereum does not allow for direct implementation of social recovery wallet but a third-party relayer who will be responsible for re-submitting signed messages as transactions to the blockchain, adding up the transaction fees as well as the centralization of the protocols.

In terms of payment application coverage, Web2 wallets can pay for almost anything, especially in countries with mature financial infrastructure. Whereas Web3 has less utility for real-world assets, payments are primarily made to on-chain purchases. However, there have been more positive signs as more brands and products accept crypto payments, opening the door to growth for Web3 wallets. 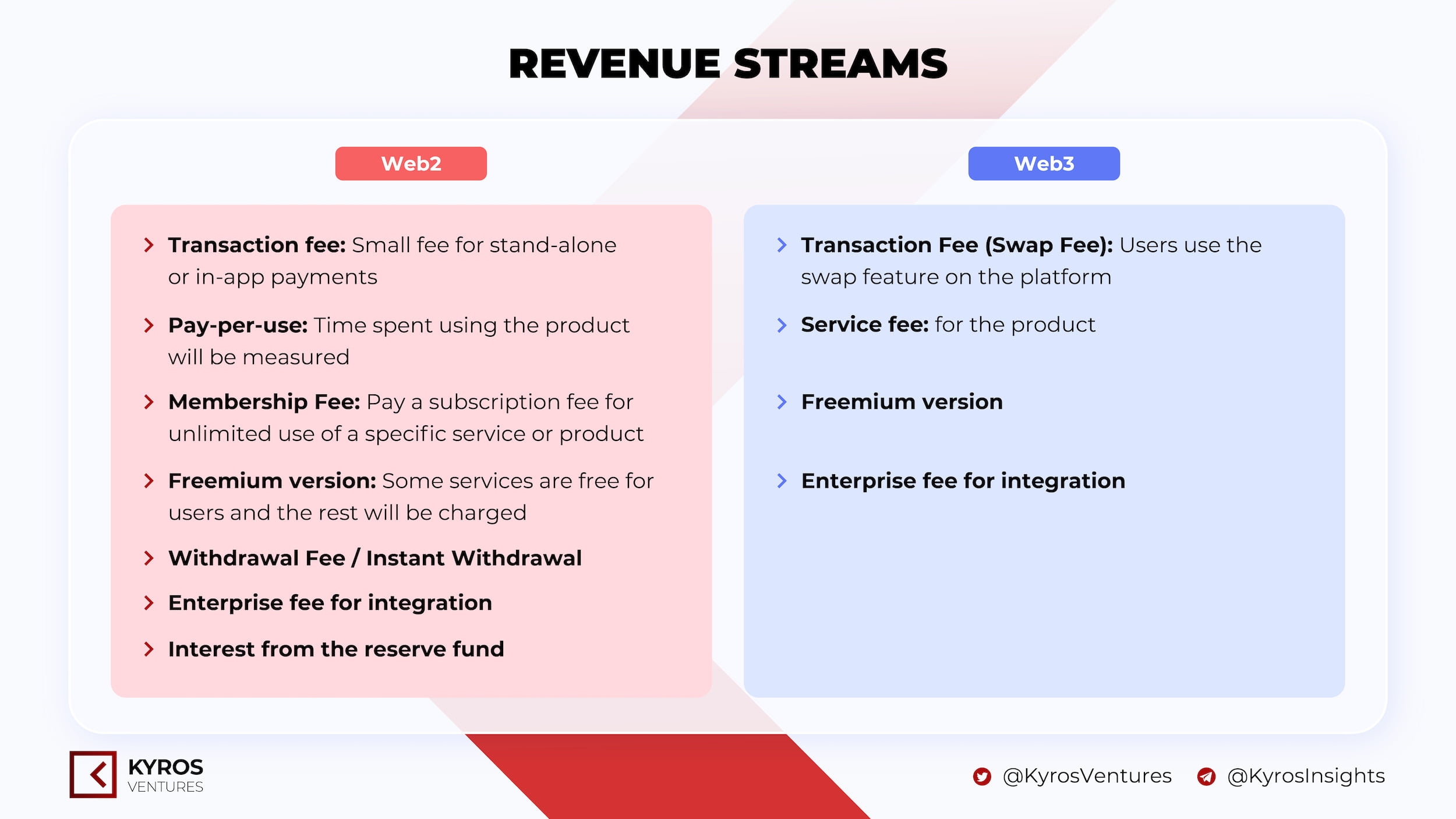 In general, Web3 wallets are heading towards building many different features aimed at acquiring and retaining users. Meanwhile, the main and most sustainable source of income is still transaction fees. Thus, we can view the Web3 wallet model as a variant of DEX that focuses more on payment and transaction utilities than DEX. 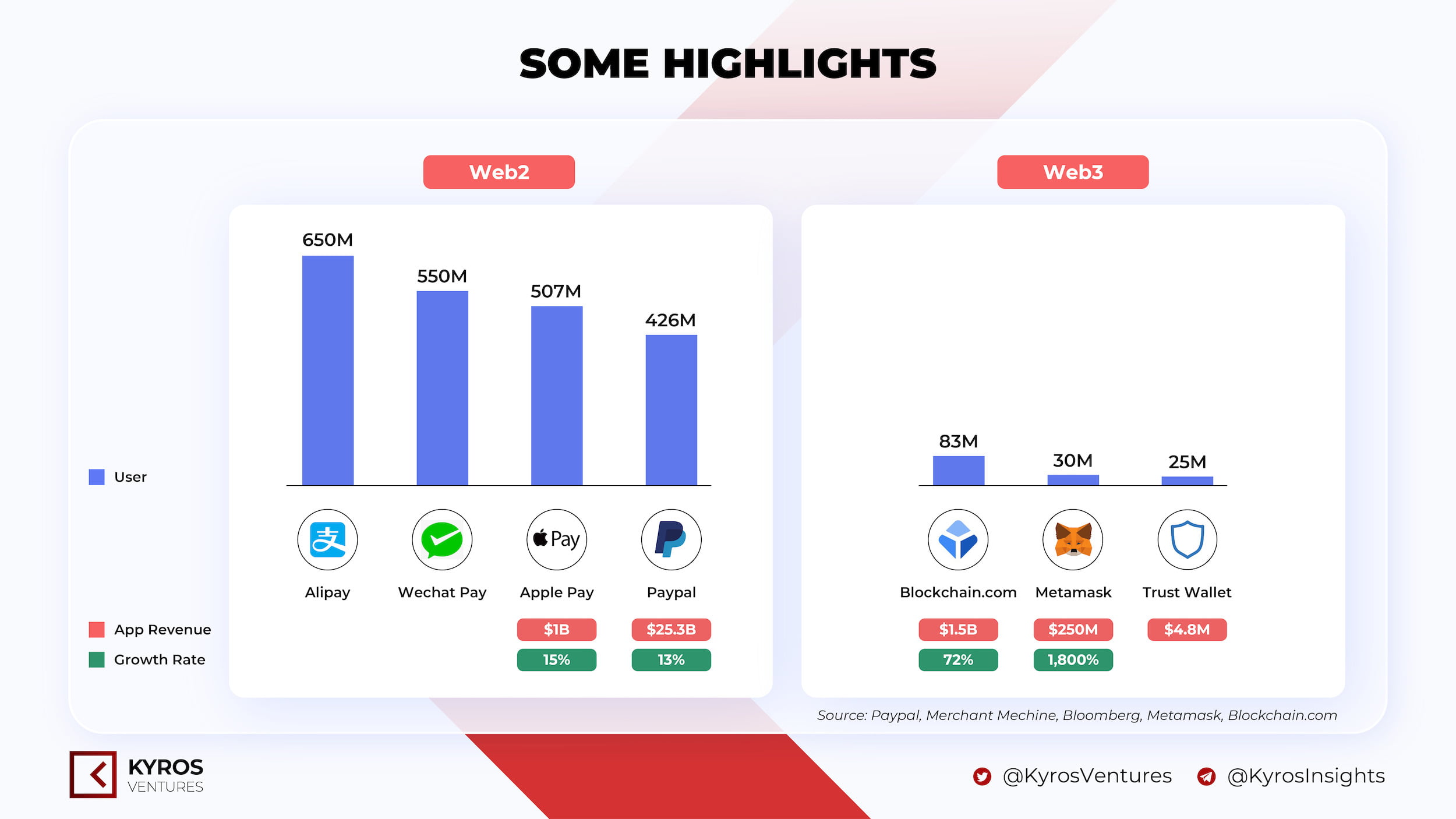 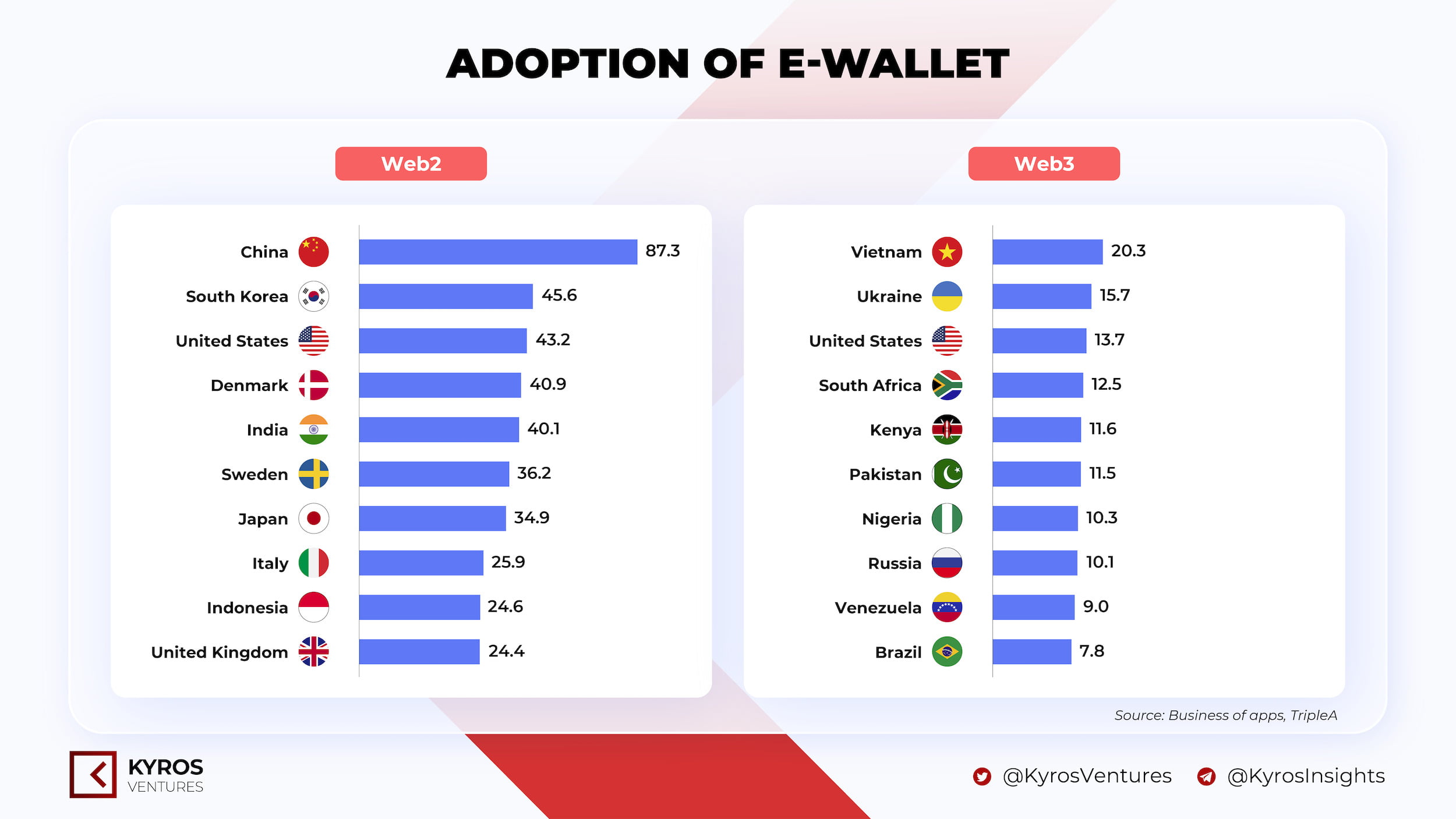 Roses are red🌹
Violets are blue
But first, let’s check
What Native Swap brings to you?

No more manually checking on multiple AMMs to find the best prices. Just select Blockchain & proceed with your transaction right away🚀

Listing NFTs on @MagicEden from Phantom is available to everyone on all devices! Did you know that you can also use your wallet to edit prices and remove listings?

It’s super convenient from our mobile apps when you (or floor prices) are on the move!! 🧹🧹 pic.twitter.com/OeLIrKYlIG 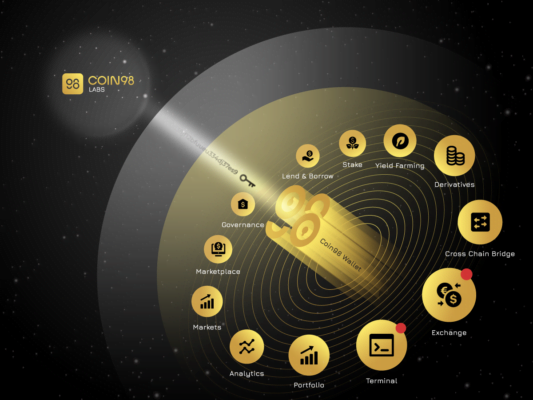