Let’s be honest here. Web3, Web4,… Webn 🧐 I don’t think that you care, neither do I. We are here for the Music, it’s all that matter! “Will/how the changes impact us as a fan or an artist” is a different story and maybe it doesn’t even matter to listeners.

If you are curious, let’s dive in!

What was the last time you opened music from a cassette or DVD?

You may not probably recall. That’s the beauty when technology meets music. It comes with the promise of giving artists more chances to thrive and giving users a better experience with music, not just listening but also engagement.

The rise of NFT in 2021 has seen the birth of a new model in the music industry, altering the power position of the parties that keep the wheel running in Web2: Publishers and Record labels to the hands of artists and fans.

(ii) Artists don’t get paid as they deserve

In the current system, artists only receive about 12% of the royalty fees for their products, and most of it goes to the pockets of major record labels or music streaming platforms (Spotify, Apple Music, etc.). Meanwhile, artists at Web3 can earn 100% of their profits from selling their NFTs. In addition, artists also receive a royalty fee, determined by artists, for every time users trade NFT.

Problems there. Worth changing if Web3 can.

Digging into the current problems of Web2 music

Before the internet era, Record Labels is the third wheel of the relationship between fans and artists

In the 60s and 70s, musicians needed to be contracted by record labels for song rights. Therefore, record labels monopolize the entire industry because they have money, own production studios and provide distribution channels. Those are things that are luxuries for artists these days. Thus, royalties for recordings by musicians are the price in exchange for these services. Monopoly always comes with the hand of power and manipulation. At this time, artists and fans are both depended on the Record labels.

After the internet came, Publishers replaced Record labels to become the next third wheel

Since the 2000s, the popularity of desktop computers and MP3s have opened new doors for artists as they can now compose at home and distribute on the Internet. With the opening of the streaming industry, many distribution service platforms like Spotify, YouTube, etc., have become alternatives for Record labels. Record labels since then have lost their exclusive privileges to production and distribution.

But again, power and manipulation don’t just disappear; it just transfers from one to another. Now, the primary control between artists and fans is the music streaming platforms.

(ii) Artists’ loss of ownership, a higher requirement for entry and a lower income

Though with the development of technology allowing artists to be independent in producing music, in 2021, Record labels still account for 70.1% of the market share of the entire music industry compared to independent artists, so-called indie artists. The record labels remain the key player capable of providing artists with resources to produce music.

Artists depend on third parties in both the production and distribution phases. Thus, they need to share music copyrights with Record labels or Streaming platforms.

When artists lose a lot of copyrights to Record labels and streaming platforms, their share is as low as 12% royalties from their music.

Next, 33% of all new Spotify artists discovered happens on playlists personalized by Spotify for users. “Personalized for users” is a fancy word, but it’s actually Spotify’s playlists. Like other social media platforms, they navigate what we listen and what they want us to listen. Control from streaming platforms has become a significant barrier for artists as the review and selection processes become more challenging on those platforms. Because, as you know, that’s their golden egg for maximizing profits.

Web3 and its better offers to take over Web2 music

(i) Power back in hands of artists and fan

Web3 cut off all third wheels, Fans and Artists are closer than ever

Finally, we see the association between artists and fans have changed into a two-way relationship. Now, fans can directly contribute to the artist’s success with NFT through activities such as fundraising, voting on the development of the campaign, and more.

(ii) Artists take back ownership, entry as will and earn more income

Fundraising: No need for record labels, artists have fans

With the innovation of Web3 technology, the music industry model has shifted power from intermediaries to musicians and fans. Music NFT becomes a tool for artists to raise capital and distribute directly to their fans. Conversely, the fans themselves can become a “self-record label” for the artist by investing in that artist’s music products and receiving a portion of their copyrights in return. 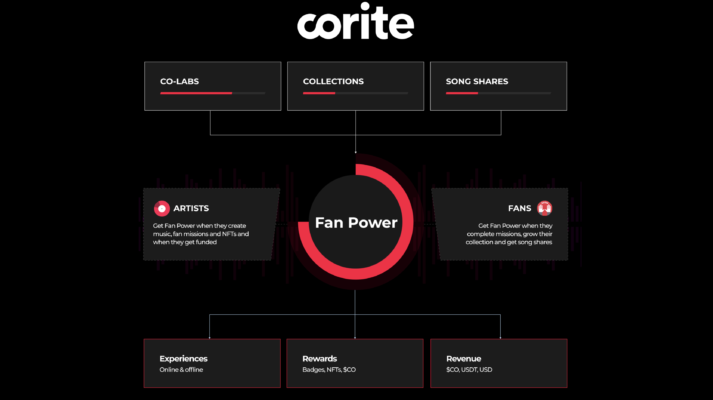 Ownership: Third wheels have gone, copyrights are back in the hands of artists (and fans as will)

Artists can now raise money through fans without needing Record labels; artists can also distribute their own music on Web3 streaming platforms without needing a Publisher on Web2. And guess what? When they no longer depend on any intermediary to bring their work to the audience, the artist has full ownership and control over the work’s copyright.

Web3 allows fans to invest in an artist’s NFT, unlocking many other income sources for artists. For example, Alan Walker collaborated with Web3 artist fundraising platform Corite to launch his NFT collection called Alan Walker Origins. In particular, users need to own 25 NFTs corresponding to the pieces of music to combine into one perfect song. The Alan Walker Origins campaign raised $355,380 for the artist. Besides allowing the artist to raise funds from the fan community, the artist can also receive a portion of the fee from each NFT transaction. 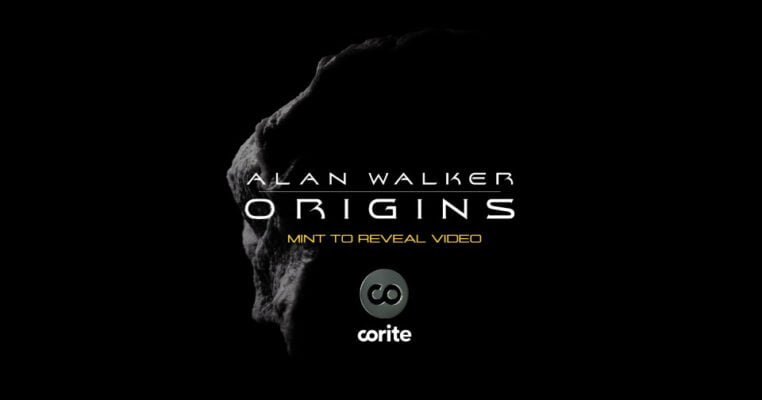 In 2021 alone, NFT has helped big-name artists raise millions of dollars in sales. Of which 3LAU earned $11.7 million for the Ultraviolet collection, Steve Aoki took in $5.8 million from the WarNymph Collection, Vol. 1 and $4.25 million for the Dream Catcher.

The new model of Web3 Music

Record labels will continue to fall further in their position with the artist. With tools and platforms like Corite and Audius, NFT enables a more direct and independent way of funding and go-to-market through Music NFT sales. By empowering fans to directly become individuals/communities to perform Publishers tasks like marketing, music distribution, or even joining the artists’ development plan for their creation and campaign, fans minimize Publishers’ power over artists’ success. These new and exciting tools allow artists to increase the value of their work while maintaining ownership of their music. 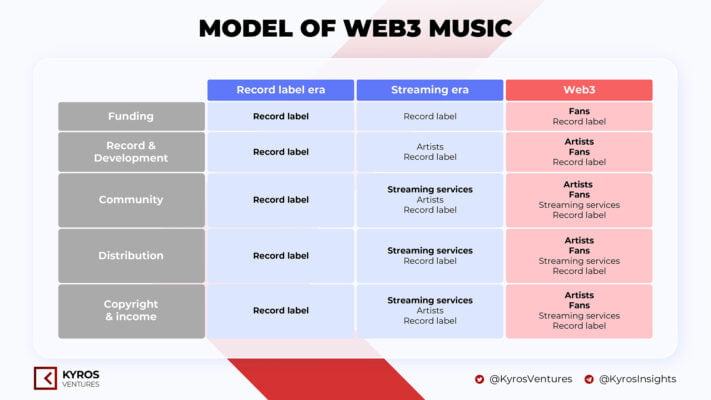 What I found challenging for Web3 Music

(i) New tech and highly independent may not be for everyone

Considering that being an artist is a profession, the ‘direct to the fan’ approach is not something that works for every artist. Daniel Allan is a case that prefers to go for third parties rather than do-it-himself in Web3. More independence in creative power, more ownership, and potentially higher income are undeniable benefits of Web3, but that’s in exchange for a much larger workload.

While third parties may no longer be the sole gatekeepers in production and distribution, their value lies in experience, resources, and connections for achieving large-scale success in the music industry.

In addition, most artists who’ve successfully raised a handful of money in Web3 are well-known artists in the tradition. At the same time, the target audience for Web3 is new and for unknown artists, it is tough for them to do everything by themselves. As mentioned above, 1/3 of new artists are discovered through the suggestions of streaming platforms. Some artists are better trying their luck on Web2 instead of Web3 streaming platforms with a limited number of users.

There are many alternative ways for artists to make money on Web3. However, their music products’ primary income source still comes mainly from major Streaming platforms such as Spotify, Apple Music, etc. In Web3 royalty platforms such as Corite or Audius, the artist can share revenue with NFT owners through the streaming revenue on Web2 Streaming platforms. As noted above, it doesn’t bring many benefits for users especially when Web2 media are still dominating the supply.

The hack happened to the Audius platform that caused a total loss of $6M in the community pool of Audius. The hacker posted four governance proposals to the Audius project, and one of them was approved. The fact that hackers are able to steal and sell tokens is a testament to the potential risks of this technology to the interests of the artists and fans involved. In this case, the artist will need to hold and stake tokens to unlock more beneficial features.

What if a more sophisticated hack led to malicious admin proposals to the platform? Users will suffer hefty losses. This is often seen in the cryptocurrency market.

(iv) Let’s be honest here. Fans just want music and that has no problem in Web2 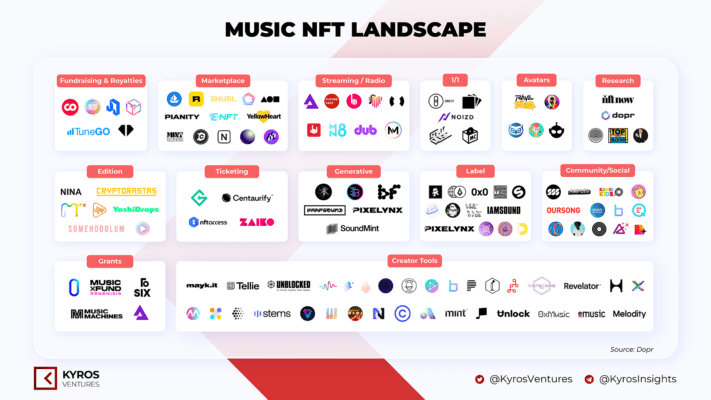 💡 Web3 is gradually replacing most of the roles in Web2 Music, including both production (Support tools, news and research) and distribution (streaming platform, community, and other logistical tasks required by artist).

Music NFT has a total market share of $1.2B, approximately 1/24 times that of the digital music industry which has a total market capitalization of up to $29.4B. On Spotify, there are 11 million artists, and Apple Music with more than 5 million people. So far, the number of artists participating in Web3/NFT in general is just under 30,000 people.

As more and more artists realize that they similarly can become businessmen for the products they create, a form of direct artist-to-fan experience is emerging more than ever. According to the ConsenSys report, the number of Metamask wallet addresses has recently bloomed, reaching 30 million monthly active users, a growth of 600% in just 14 months.

Music NFT paradigm shift is similar to the current GameFi model. More and more people understand and use web3 after the success of GameFi and NFT. Thus, many traditional markets will transform into similar models applied by GameFi. If Music NFT can solve the above concerns effectively, it will be another attractive market for not only artists but also businesses, and fans.

(ii) Web3 sounds great, but we are here for the music. How/when will Web3 music mass adoption?

The more Web3 tooling supports artists, the more artists join Web3. Thus, Web3 will be further enhanced in terms of user data, optimizing like what Web2 is doing now. Then it will be the time for mass adoption.